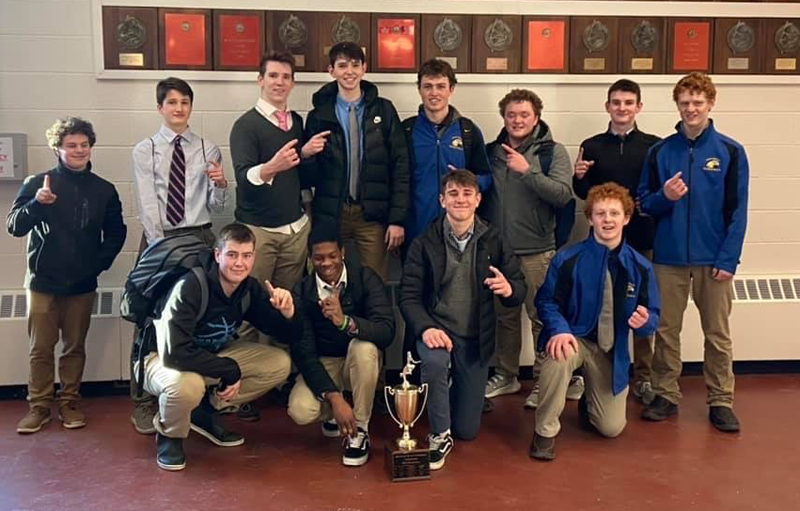 The Boothbay Region High School Seahawks won the 2020 Mountain Valley Conference Championship over defending champion Winthrop in dramatic fashion at Lewiston High School. Having trailed throughout the game and down by one point, Hunter Crocker scored on a breakaway basket to make the score 48-47, giving Boothbay its first lead of the game with just 41 seconds left on the clock. Boothbay got the ball back and the Ramblers fouled Sullivan Rice, who made one of two free throws to make the score 49-47 with 2.5 seconds remaining in the contest.

Looking for some last second heroics, Winthrop called a timeout and set up a full court pass play from under the Seahawks basket. Crocker snuffed out the play and intercepted the pass, preserving the win for Boothbay and giving them the championship.

Leading a well-balanced Boothbay team was Kaeden Davis with 12 points. Ben Pierce and Rice each had 11, with Crocker adding 10 points. Pearce had 6 rebounds.

The Ramblers were led in scoring by Gavin Perkins with 15 points.