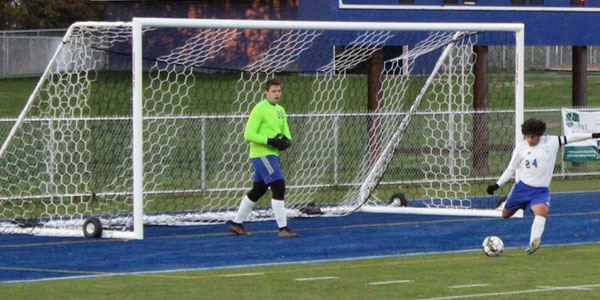 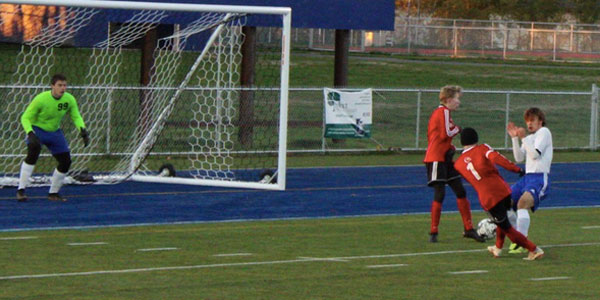 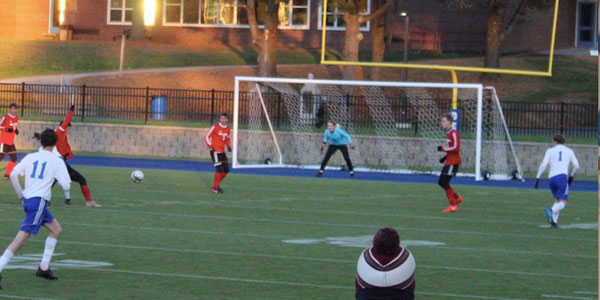 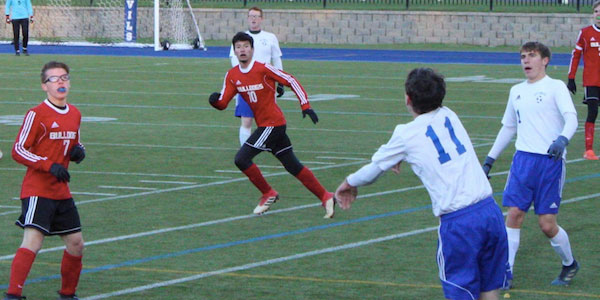 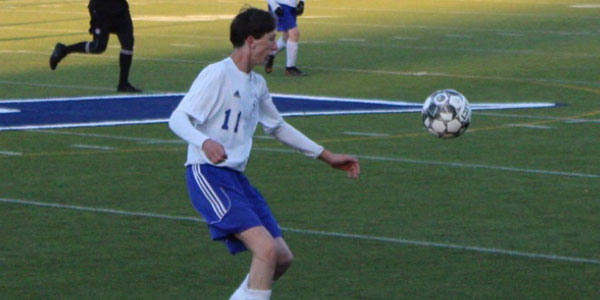 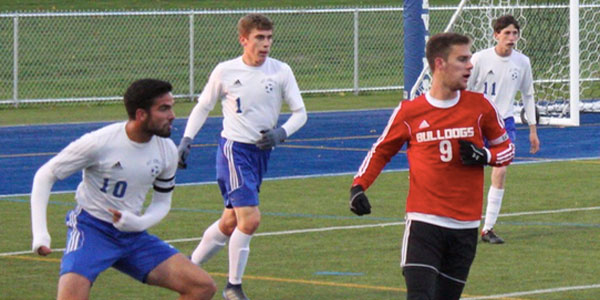 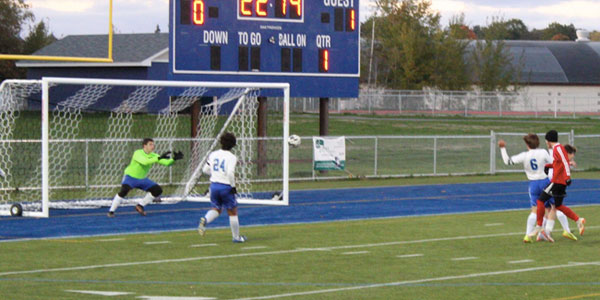 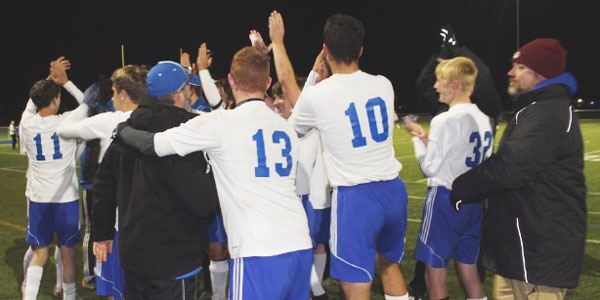 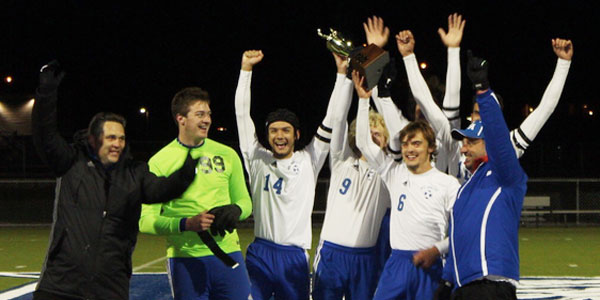 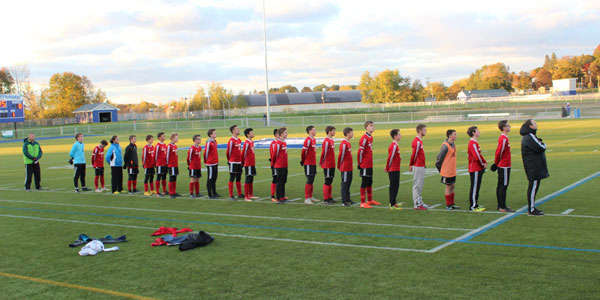 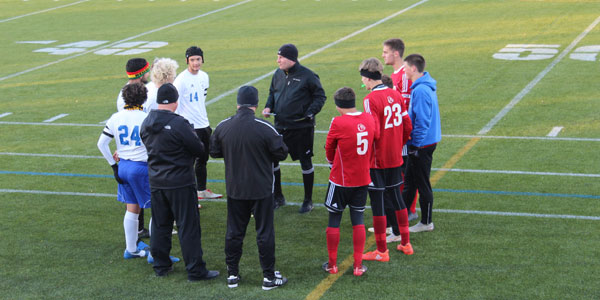 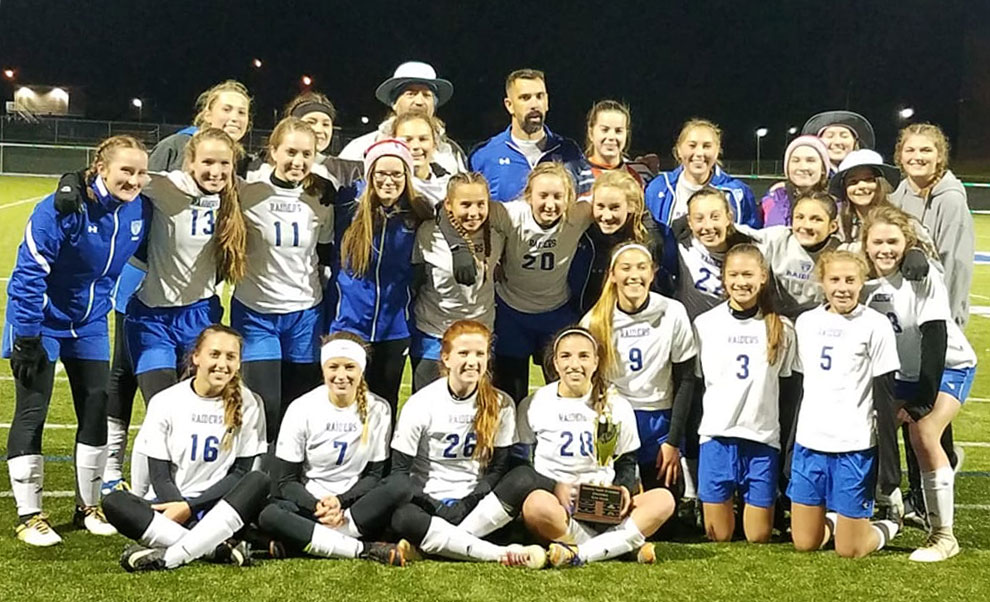 The Oak Hill girls avenged a 2017 lost to Monmouth Academy in the MVC Championship game to defeat the Mustangs 3-2 in overtime at Lewiston High School to winter the 2018 Championship.

The Raiders capture the victory on penalty kicks after the game ended in a 1-1 tie after regulation. Emily Dillman scored Oak Hill's goal while Audrey Fletcher put one in the net for Monmouth.

Oak Hill's goalkeeper Paige Gonna was stellar in the net with 3 saves in regulation. She was helped out by Jade Sturtevant who made a nice save in the second half. Equally impressive was Monmouth's Emma Johnson, who registered 8 saves.

In their only meeting during the regular season, the Raiders also defeated Monmouth 3-2 on September 4th. Oak Hill is the number 2 seed in Southern Maine Class B and will begin their chase for the State Championship on Wednesday. Monmouth, who is rated number 1 in Class C South, will also play on Wednesday. 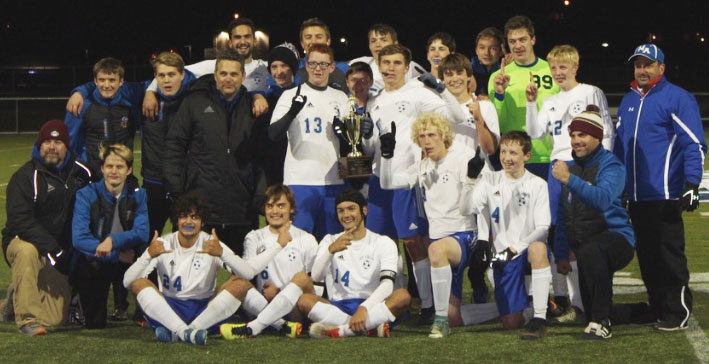 The third time proved to be a charm as the Mt. Abram Roadrunners avenged their only two regular season losses to defeat Hall-Dale 2-0 to capture the 2018 Mountain Valley Conference Boys Soccer Championship at Lewiston High School. The Bulldogs had beaten the Roadrunners 2-1 and 1-0 in their two previous matchups.
Roadrunner junior JB Jordan got Mt. Abram on the scoreboard with 34:5 left in the first half with an assist from Tyson Hill. Jordan returned the favor with a pass to Hill, who scored the second goal with 21:11 remaining in the first half.
Senior keeper Jack Deming was outstanding in goal for the Roadrunners, stopping all 13 Hall-Dale shots to preserve the shutout. Mt. Abram had 8 shots on goal with Hall-Dale's sophomore Sam Shaffer making 6 saves.
Hall-Dale had 5 corners while Mt. Abram had none.
Both teams will be in the MPA Class C South playoffs. Hall-Dale, with a 13-1 regular season record, is the number 2 seed while Mt. Abram, 12-2, is seeded number 4.