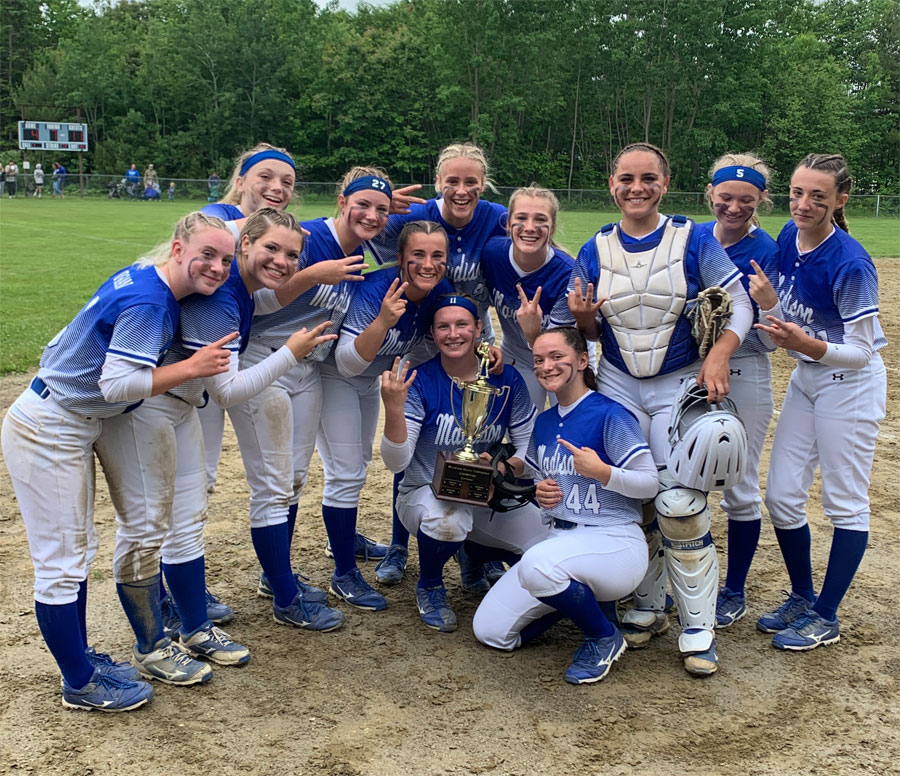 The Madison Bulldogs defeated Hall-Dale 11-4 on June 5th at Oak Hill High School to capture the 2022 MVC Championship. Madison jumped out to an early lead by scoring 5 runs in the first inning on 5 singles and an error. The big blow in the inning was a singleton by senior first baseman Hailey Paquet.

Madison scored again in the second inning on a single by Arabel Linkletter and an RBI triple by winning pitcher Brooke Mckenney. Abigail Linkletter singled and scored in the fourth inning to give Madison a 7-0 lead.

Hall-Dale broke into the scoring column in the bottom of the fourth on an error followed by a single by Lily Platt.

After Hall-Dale scored again in the fifth, Madison erupted for 5 more runs in the sixth inning to give them a comfortable 13-2 lead. Mackenzie Robins, Landyn Landry, and Lilly Levesque all drove in runs in that stanza.

Hall-Dale did not give up, rallying for 2 runs in the bottom of the seventh inning, but it was not enough as Madison won the championship with a decisive 13-4 victory, avenging their only loss of the regular season.

Mckenney was stellar on the mound for Madison. The right hander pitched all seven innings, allowing 6 hits and 4 runs while striking out 10 and walking only 1.

Ashlynn Donahue took the loss for Hall-Dale. The Bulldog also pitched seven innings, allowing 11 runs on 15 hits while striking out 2.