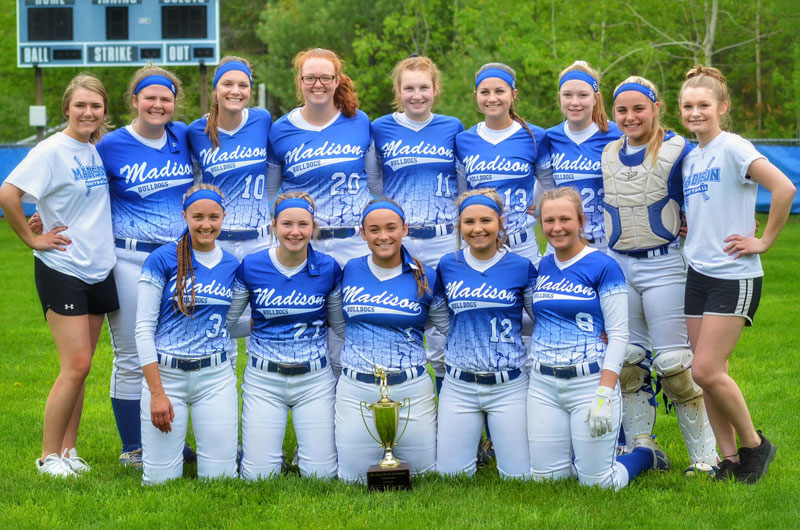 Madison High School defeated Hall-Dale High School in a battle of the Bulldogs, 6-2, to capture the 2019 Mountain Valley Conference Softball Championship. Madison jumped out to an early 3 run lead in the bottom of the first inning. Hall-Dale scored one in the third when sophomore Riley Johnson lead the inning off with a double and scored on an error. Hall-Dale had three hits in the inning, but stranded two runners to end the threat.

Madison came right back by scoring a singleton in the bottom of the fourth. Emily Edgerly led the inning off with a triple and scored on a fielder's choicen to make the score 4-1.

Madison tacked on two more runs in the fifth to give them a 6-1 lead. Freshman Brooke McKenney's triple was the big blow in that inning. Hall-Dale added one run in the sixth.

Lauria Leblanc was the winning pitcher for Madison. She had 9 strikeouts over 5 innings of work. Sophomore Sarah Benner took the loss for Hall-Dale.

It was the third victory of the season for Madison over Hall-Dale, having won 11-1 and 8-1 in the regular season. The Defending State Champs will look to defend their title as they enter the Maine Principals Association playoffs as the number 1 seed in Class C South. Hall-Dale is the number 2 seed.