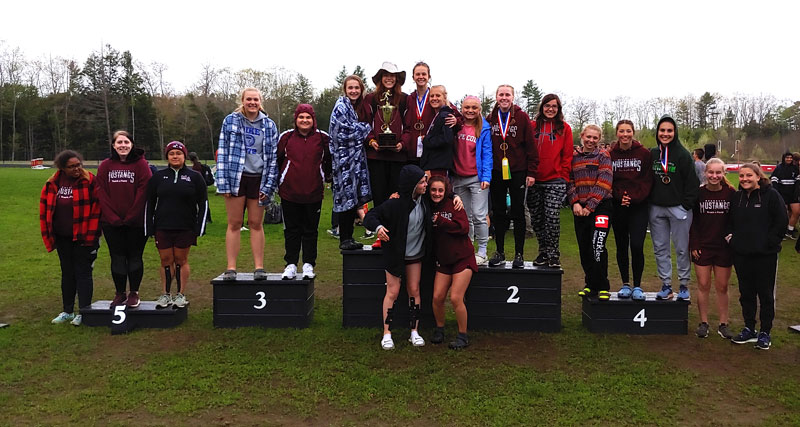 The Monmouth girls captured the 2019 MVC Track Championship at Lisbon High School on May 23rd with a team total of 166.5 points. The host Lisbon/Oak Hill team finished second with 105 points. The Ramblers of Winthrop HS finished in third place with 83 points, while the Spruce Mountain Phoenix scored 59 points to garner fouth place.

Sprinter Jillian Schmelzer of Winthrop, who won the 100, 200, and 400 meter dashes, was named performer of the meet. The Monmouth coaches were named coaching staff of the meet.

Event winners were as follows: