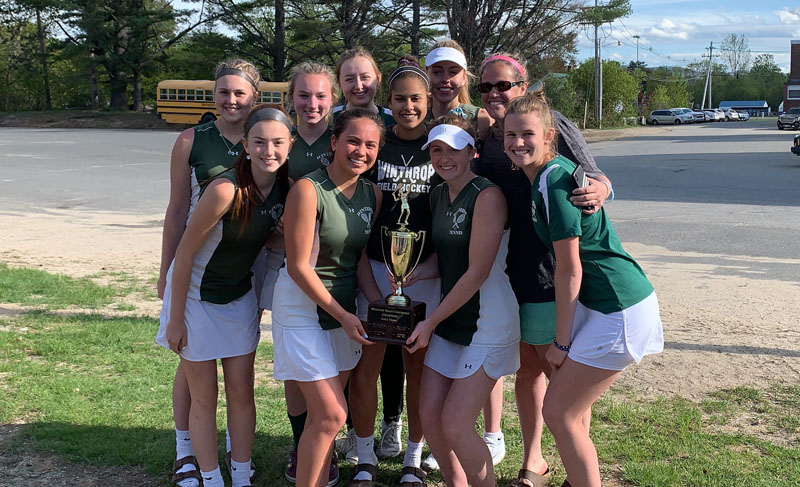 Congratulations to the Winthrop Girls Tennis Team, who captured the 2019 MVC Championship with their 3-2 victory over the Carrabec Cobras.

The Cobra's Makayla Vieniere was victorious over Cabrielle Blance 6-3, 6-1 in the 2nd singles.

The 3rd singles match was won by Winthrop's Natalie Frost, 6-4 and 7-5 over Skyler Chipman. In the 1st doubles,

Carrabec's team of Anika Carey and Maddie Jaros defeated Alexis Emery and Bre Feeney 3-6, 7-5, and 6-4 to set the stage for the deciding match.

In that 2nd doubles match it was the tandem of Hannah Duley and Dana Lesco of Winthrop defeating Skyler Welch and Cheyenne Cahill 6-4, 6-1 to win the championship.