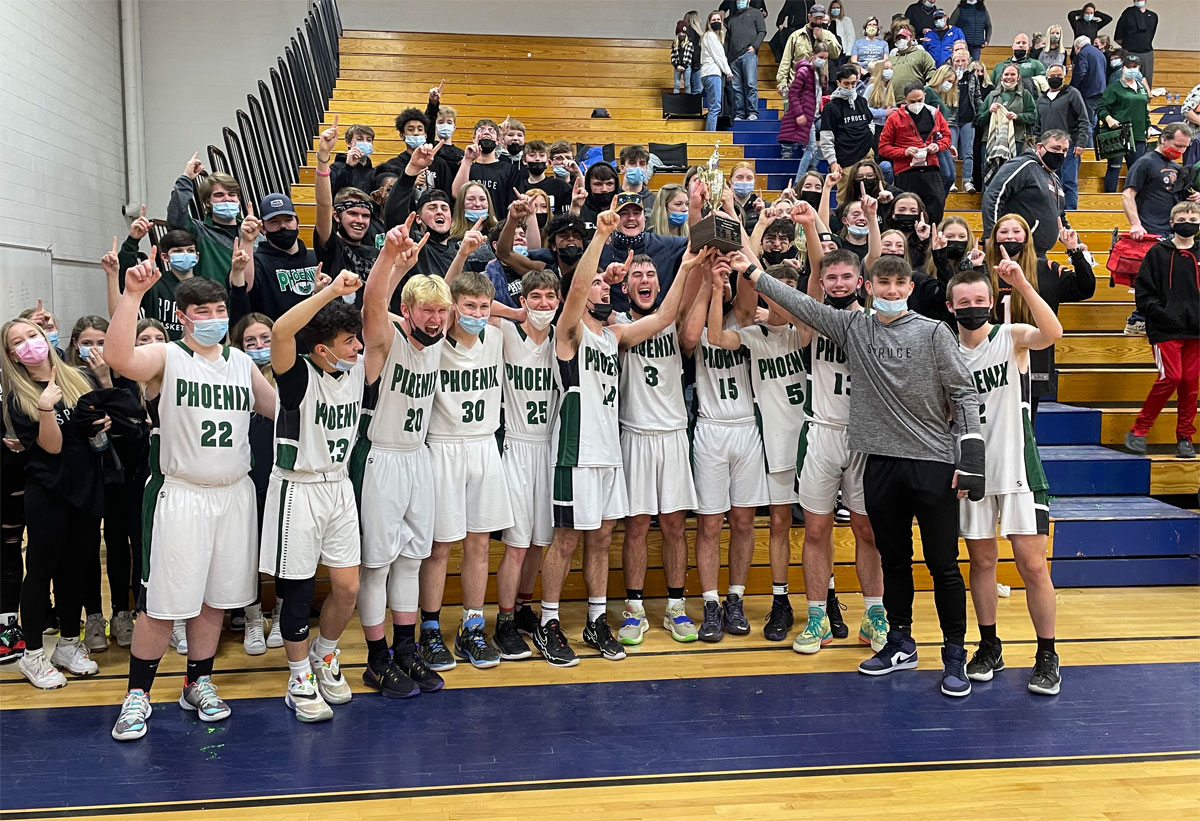 The Undefeated Spruce Mountain Phoenix of Jay defeated the Lisbon Greyhounds 41-25 to capture the 2022 MVC Boys Basketball Championship. Spruce Mountain had defeated Lisbon 56-55 in their only meeting during the regular season, and the Greyhounds were looking for revenge.

In a defensively postured game, Spruce Mountain jumped out to a 13-1 first quarter lead behind Frosh sensation Jace Bessey’s 8 points.

The teams swapped hoops in the second period and the Phoenix went into the half-time break with a 21-9 lead.

It was Lisbon who turned up the defense in the third period, holding the Phoenix to single baskets by Bessey and Owen Bryant. Sophmore Caden Boone scored 8 points for Lisbon in that stanza to cut the deficit to 25-19.

But Bryant, a senior, scored 10 of his 14 points in the fourth period as the Phoenix outscored the Greyhounds 16-6 to give the Jay squad the victory and the league title.

The 17-0 Phoenix will enter the Maine Principals Association’s tournament as the #1 seed in Southern Maine Class B. Lisbon, 14-3, is the #5 seed in that division.