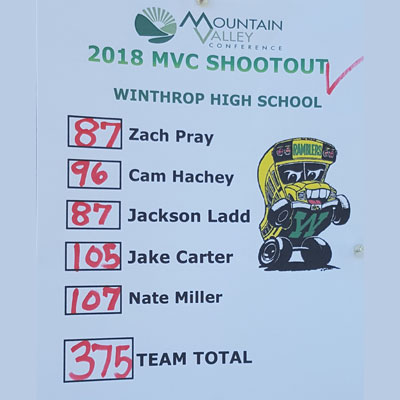 Congratulations go out to Coach McKenna and the Dirigo Cougars for capturing the 2019 MVC Golf Championship. This is the second Championship in three years for the Cougars. 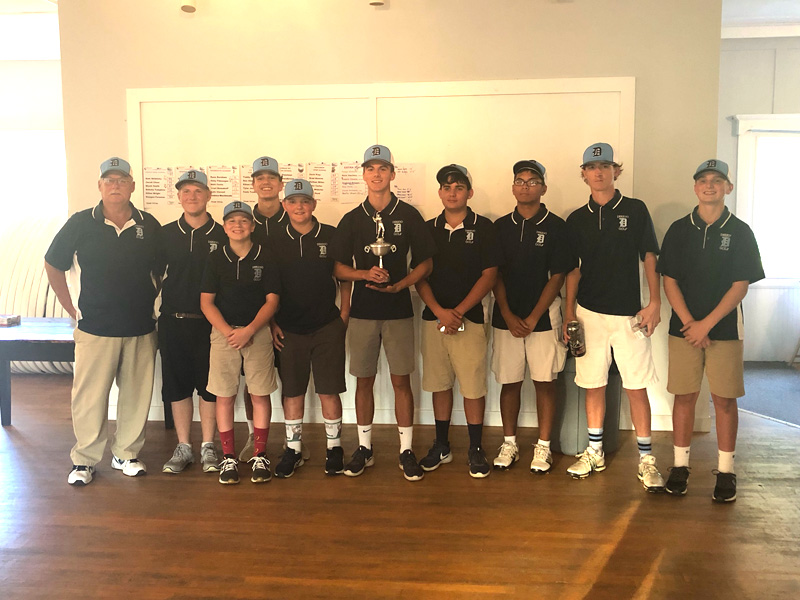 The 2018 Golf Coaches’ Meeting: Golf All Stars Meeting was held on Tuesday, October 9th at Winthrop HIgh School at 6:00.

Use links to the left to view Schedules,  Coaches Meeting dates and more!

The Winthrop Ramblers, led by junior Zach Pray and senior Jackson Ladd, captured the 2018 MVC Championship at Natanis Golf Club on September 27th. The Ramblers won the title by four strokes over runner-up Monmouth. Monmouth's senior Trevor Flanagan led all golfers with a score of 80, but it was the depth of Winthrop that made the difference at the Vassalboro course. The Ramblers team score was 375 while the Mustangs finished the day with a total of 379 strokes on the Arrowhead course. Pray and Ladd each scored an 89 while teammates Cam Hachey and Jake Carter shot 96 and 105 respectively.

Finishing in third place was the 2017 Champion Dirigo Cougars with a team score of 385 and Madison with 444.

With the win, Winthrop gets an automatic bid to the state team championships at Natanis on October 6th. 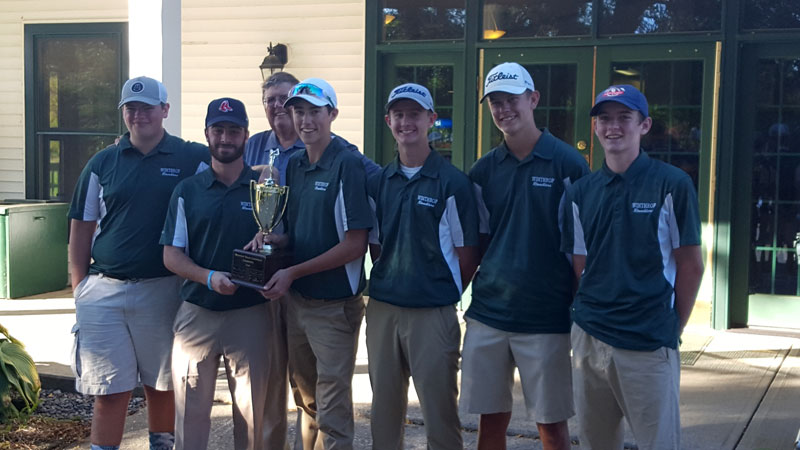